Read: Bjarne Stroustrup: "I Did It For You All..."

Note: The following instructions may be more up to date: http://wiki.9front.org/building-go

For now, this still works: 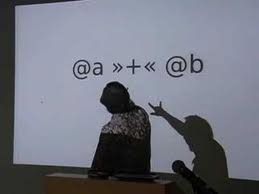 Python 2.5.1 is included with the 9front distribution, not because anyone loves Python, but because it was required by Mercurial (also loved by no one), which was required by Google Code (shutting down in 2015). An abject lesson in expediency.

David du Colombier’s notes on to install Python (and Mercurial) are available here.

Read: Ruby is Not Even Funny

Once upon a time, khm was searching for rails documentation and accidentally hit the Images link. In the first page of results was a photo of the train tracks of Auschwitz. Its presence among the Ruby on Rails logos was so absurd and out of place that khm memorialized it. It was made in an era before actual Nazis had re-entered the public dialogue, so it felt like Google Image Search was denigrating Ruby on Rails by including this sort of imagery in the results.

Generally speaking, 4chan types read it as an endorsement, which sucks. More recently, people who are not assholes have also begun to read it as an endorsement, which is even more unfortunate. Finally, the people who just get mad about things on social media have begun nesting in it. As a result, this image has been targeted for redaction by the 9front Internet Mob Mollification committee.