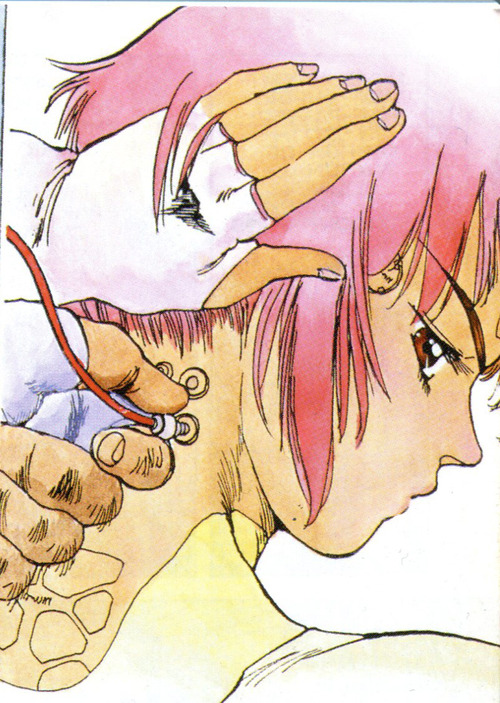 Plan 9’s approach to networking is unusual: most operations comprise reading and writing ("composing") byte streams ("files"). For the bulk of this document, it helps if you have read and at least partially understood FQA 0.1 - What is Plan 9?

Next, read: The Organization of Networks in Plan 9

If you are working with applications such as web servers, FTP servers, and mail servers, you may benefit greatly by reading the RFCs.

Note: A script for downloading all the RFCs is located in /lib/rfc/grabrfc. It copies the files into /lib/rfc/, and it may take hours for the script to run to completion.

Basic networking is initially configured by the installation process. However, more complex settings or services may be desired. In Plan 9, network configuration is organized in ndb, the network database.

The network database consists of files describing machines known to the local installation and machines known publicly. The files comprise multi-line tuples made up of attribute/value pairs of the form attr=value or sometimes just attr. Each line starting without white space starts a new tuple. Lines starting with # are comments.

Within tuples, pairs on the same line bind tighter than pairs on different lines.

As mentioned, the installer adds basic information about the machine to the file /lib/ndb/local, based on the questions asked during the installation. This file may be edited to modify or expand the definition of the local network.

Each machine on the network receives a corresponding section in ndb. The host name (hereafter referred to as sysname) is assigned by setting the sys= tuple:

The resulting sysname is used by the /rc/bin/termrc and /rc/bin/cpurc startup scripts, which in turn call upon any additional configuration that may exist in /cfg/$sysname/. (Look at the scripts to see how they deal with /cfg.)

6.2.2 - Identifying and setting up your network interfaces

Network interfaces are recognized by their MAC addresses, which are identified to ndb using the ether= tuple:

Additional tuples in the same grouping will be used to configure the interface in question.

These cards take a number of unique options to aid in identifying the card correctly on the 802.11b network. The network may be ad hoc or managed (i.e. use an access point): mode=[adhoc, managed] and defaults to managed. The 802.11b network to attach to (managed mode) or identify as (ad hoc mode), is specified by essid=string and defaults to a null string. The card station name is given by station=string and defaults to Plan 9 STA. The channel to use is given by channel=number where number lies in the range 1 to 16 inclusive; the channel is normally negotiated automatically.

If the card is capable of encryption, the following options may be used: crypt=[off, on] and defaults to on. keyN=string sets the encryption key N (where N is in the range 1 to 4 inclusive) to string; this will also set the transmit key to N (see below). There are two formats for string which depend on the length of the string. If it is exactly 5 or 13 characters long it is assumed to be an alphanumeric key; if it is exactly 10 or 26 characters long the key is assumed to be in hex format (without a leading 0x). The lengths are checked, as is the format of a hex key. txkey=number sets the transmit key to use to be number in the range 1 to 4 inclusive. If it is desired to exclude or include unencrypted packets clear=[off, on] configures reception and defaults to inclusion.

The defaults are intended to match the common case of a managed network with encryption and a typical entry would only require, for example essid=left-armpit key1=afish key2=calledraawaru if the port and IRQ defaults are used. These options may be set after boot by writing to the device’s ctl file using a space as the separator between option and value, e.g. echo ’key2 1d8f65c9a52d83c8e4b43f94af’ >/net/ether0/0/ctl Card-specific power management may be enabled/disabled by pm=[on, off]

PCI Ethernet adapters that use the same Wavelan programming interface. Currently the only tested cards are those based on the Intersil Prism 2.5 chipset.

Intel Wireless WiFi Link mini PCI-Express adapters require firmware from http://firmware.openbsd.org/firmware/iwn-firmware*.tgz to be present on attach in /lib/firmware or /boot. To select the access point, the essid= and bssid= parameters can be specified at boot or set during runtime like:

If both essid= and bssid= are specified, both must match. Scan results appear in the ifstats file and can be read out like:

Ralink Technology PCI/PCI-Express wireless adapters require firmware from http://firmware.openbsd.org/firmware/ral-firmware*.tgz to be present on attach in /lib/firmware or /boot. See the iwl section above for configuration details.

Intel PRO Wireless 3945abg PCI/PCI-Express wireless adapters require firmware from http://firmware.openbsd.org/firmware/*/wpi-firmware*.tgz to be present on attach in /lib/firmware or /boot. See the iwl section above for configuration details.

WPA1/TKIP and WPA2/CCMP are supported with the use of the wpa(8) command.

A script can be used to dynamically re-associate with available wifi access points:

For cards that use the wifi layer, debug prints (note: will appear on the console) may be enabled with:

# change this to suit if wifi interface is not #l0

or by adding debug=1 to the interface definition in plan9.ini.

The ip= tuple is used to associate an IP address with the machine:

If no ip= tuple is present, the boot scripts will attempt to bring up the interface using DHCP (see below).

The default gateway is configured using the ipgw= tuple, usually under an ipnet= section that defines default settings for an entire subnet:

but it may also be specified on a per-machine basis:

Note: Tuples included in the definition of a machine supercede those defined for the network to which the machine belongs.

DNS resolvers may be specified using the dns= tuple, and may be configured for an entire network:

or on a per-machine basis:

These changes will take effect after a reboot. To configure a DNS resolver on the fly, it is possible to manually edit /net/ndb:

# add or modify dns= lines to associate the DNS

Note: /net/ndb is a synthetic file that represents the current operating state. It does not persist across reboots, and is only pre-populated when system networking was configured via DHCP. Changes to a blank /net/ndb file will match on the ip= tuple.

Finally, to turn on debug in dns:

To run a caching DNS server, modify /cfg/$sysname/termrc or /cfg/$sysname/cpurc (whichever is appropriate) to include the following:

The caching DNS server will be started at boot time.

Next, modify /lib/ndb/local such that the desired machines will use the IP address of the new caching DNS server as their DNS server, either by changing the dns= tuple under the ipnet of the corresponding network or by adding a dns= tuple to the line of each desired machine.

An authoritative domain name record, with associated reverse-lookup and sub-domains, looks like this:

# serial is automatically maintained if omitted

An FQDN may be assigned to an existing machine by adding the dom= tuple to its definition:

Note: The dnsslave entries specify slave DNS servers that should be notified when the domain changes. The notification service also requires the -n flag:

An online tool that evaluates the DNS configuration of a given domain name is available at: https://intodns.com

Settings for an entire network subnet may be defined under an ipnet= tuple:

Network interfaces are automatically initialized at boot time. To make a manual change without rebooting, use the ipconfig(8) command:

To refresh the network database NOW after changing /lib/ndb/local:

Note: Manual configurations such as this may be added to optional boot scripts created in /cfg/$sysname/.

6.2.9 - Setting up your 9front box as a forwarding gateway

In /lib/ndb/local, if no ip= tuple is present in the machine’s definition, the boot scripts will attempt to obtain an IP address via DHCP.

To obtain a DHCP lease manually:

Dhcpd runs the BOOTP and DHCP protocols.  Clients use these

mation comes from attribute/value pairs in the network data-

base (see ndb(6) and ndb(8)). DHCP requests are honored both

for static addresses found in the NDB and for dynamic

addresses listed in the command line.  DHCP requests are

- there exists an NDB entry containing both the ethernet

address of the requester and an IP address on the originat-

- a free dynamic address exists on the originating network

A BOOTP request is honored if all of the following are true:

- there exists an NDB entry containing both the ethernet

address of the requester and an IP address on the originat-

- the entry contains a bootf= attribute

- the file in the bootf= attribute is readable.

Dynamic addresses are specified on the command line as a

Dhcpd maintains a record of all dynamic addresses in the

directory /lib/ndb/dhcp, one file per address.  If multiple

servers have access to this common directory, they will cor-

Attributes come from either the NDB entry for the system,

system entry has precedence, then the subnet, then the net-

work.  The NDB attributes used are:

dom     the domain name of the system

Dhcpd will answer BOOTP requests only if it has been specif-

for dhcpd to answer.  Dhcpd will answer all DHCP requests

for which it can associate an IP address with the requester.

To configure a DHCP server on your system:

It is possible to boot from local media and then mount the root file system over the network. At the bootargs prompt, type tls (the old tcp boot option will still work but is not recommended because the connection will not be encrypted). At this point, ip/ipconfig will determine network parameters using DHCP. When file (fs) or authentication (auth) server IP addresses could not be determined over DHCP then the boot process will prompt for those. When prompted for a user, enter a valid username and password that has already been configured on the auth server. The machine should then proceed to mount its root file system from the file server.

Note: Values for fs and auth may be added to plan9.ini.

6.7.1.1 - Passing arguments to ipconfig at the bootargs prompt

When a DHCP server is not available, you may still tcp boot by configuring networking manually at the bootargs prompt. Everything after tcp! is passed as arguments to the ipconfig command.

It is also possible to PXE boot a system.

On the file server, add the following lines to /cfg/$sysname/cpurc to start dhcpd and tftpd at boot time:

Add an entry for tftp under the appropriate ipnet= tuple in /lib/ndb/local:

To configure machines that will PXE boot from the file server, edit /lib/ndb/local on the file server and add a bootf= (boot file) tuple to the line representing each machine:

Note: The user= parameter refers to a single username that has been added both to the file server (for file permissions) as well as to the auth server (for network authentication).

If a file matching the remote system’s MAC address is not found under /cfg/pxe/, the file /cfg/pxe/default (if it exists) will be used instead.

Finally, boot the desired remote systems via PXE. When prompted for a user, enter a valid username and password that has already been configured on the auth server. The remote system should now proceed to boot from the file server.